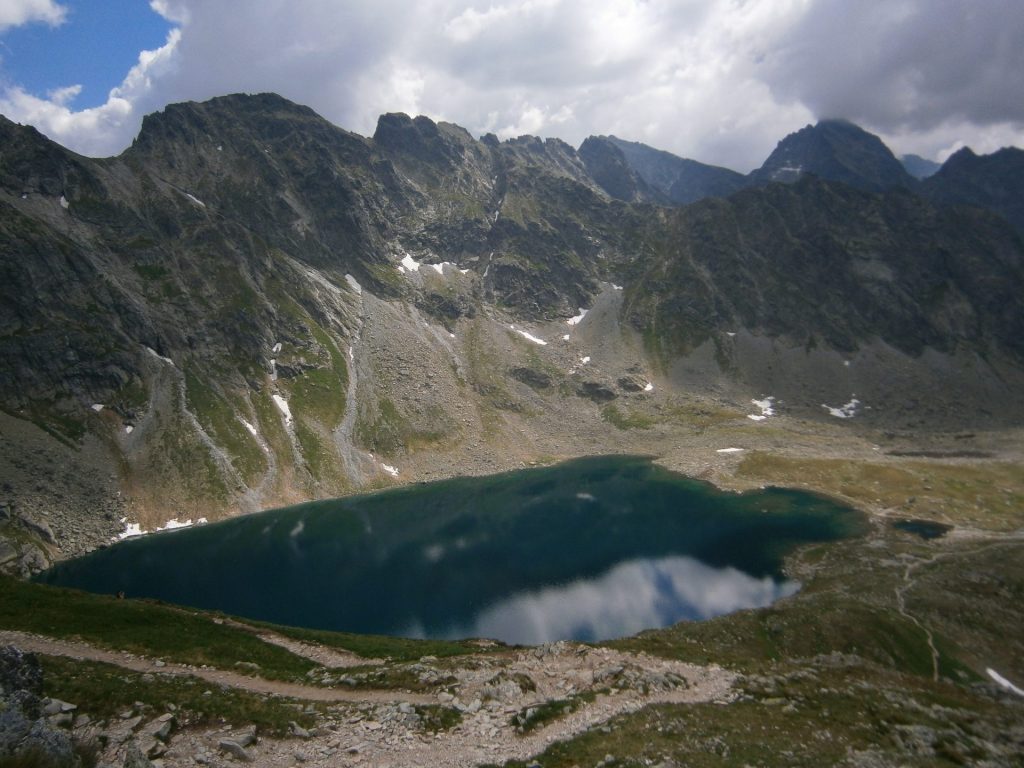 Very nice technically undemanding hike in the valley Mengusovská dolina for lovers of Tatra tarns. We set off from the Popradské Pleso tram stop. It would be ideal to get here by tram because then we can return with another route. A comfortable wide asphalt road leads to Popradské pleso, which in summer also serves as a cycling trail 1,10 h. ( ). At the tarn we can fresh up at either one of the two chalets – Mountain Hotel Popradské pleso or Majláthova chata. Popradské pleso is the starting point for many hikes in the area, eg. Rysy, Kôprovský štít or Ostrva and Sliezsky dom. We continue for 1,30 h ( ) up until we reach the tarn Veľké Hincove pleso. We ascend on a rocky trail with hairpin bends and stone steps. At higher altitudes, it may appear to us that over the next hill we must be already there, but this is repeated twice until we reach the destination. After the last hill we pass little tarns Hincove oká and in a few minutes we get the view of the largest and deepest lake on the Slovak side of the Tatras surrounded by peaks Mengusovský štít or Kôprovský štít. A few minutes higher up in the direction of Kôprovské sedlo we get to see much smaller but also wonderful tarn Malé Hincovo pleso. The trail continues to a peak Kôprovský štít or in a valley Hlinská dolina in the direction of tarns Temnosmrečinské plesá or to Podbanské. We return from Malé Hincove pleso in about 1,20h. to a junction Rázcestie pri Popradskom plese and from there we continue 1,10 h on red trail ( ) Tatranská Magistrála to Štrbské pleso. Don’t forget to have a look at tarns at Štrbské pleso settlement – Nové Štrbské pleso and Jazierka lásky. 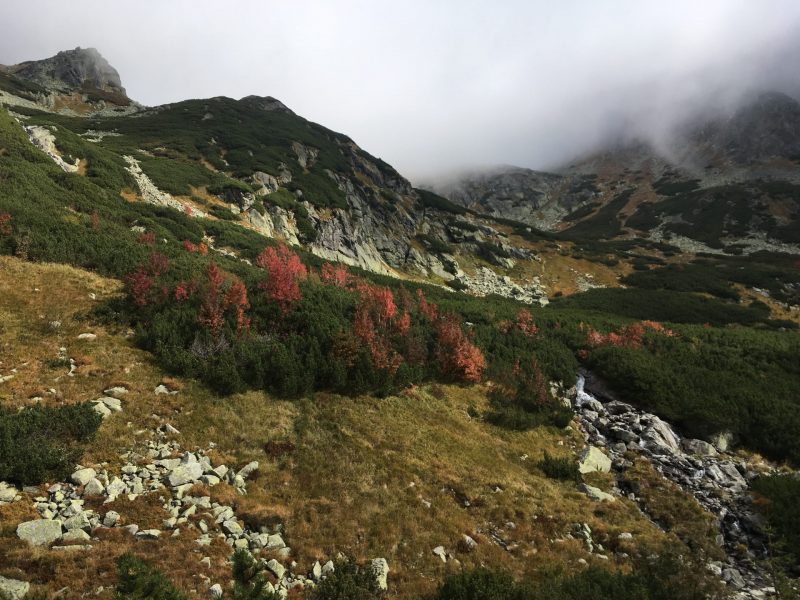 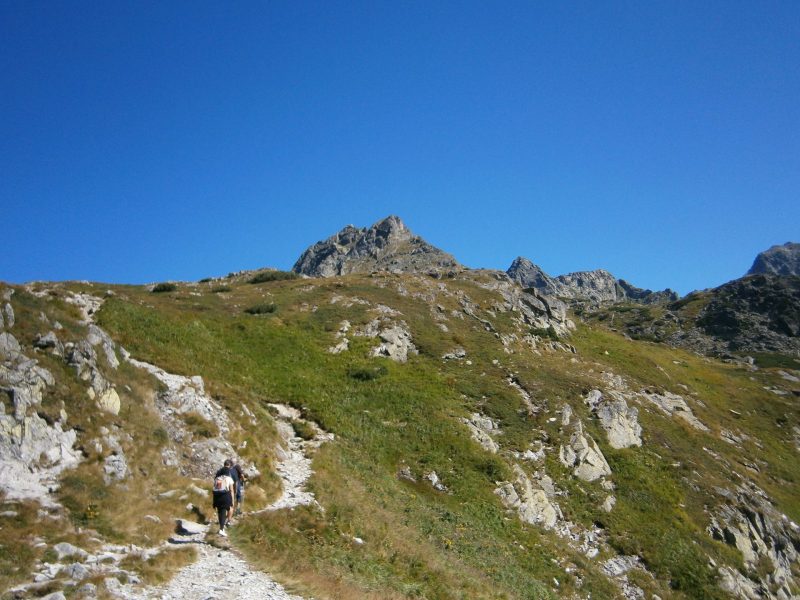 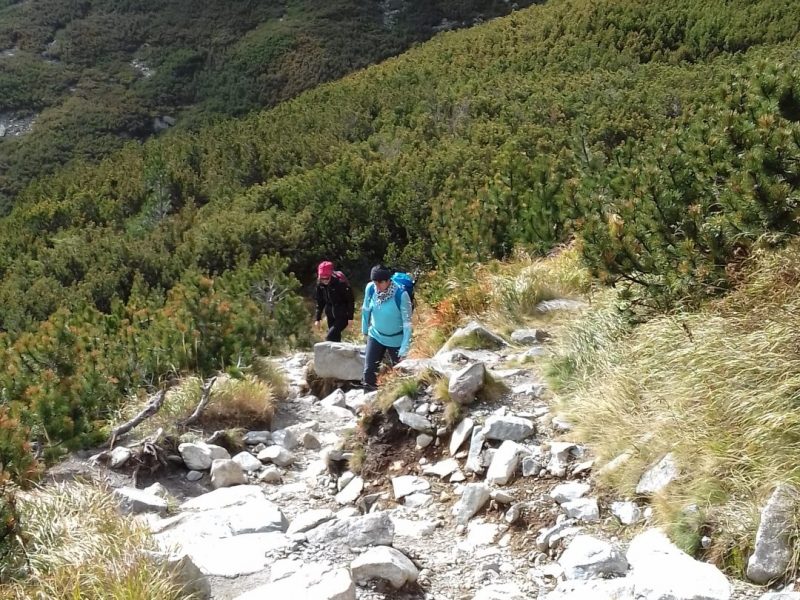 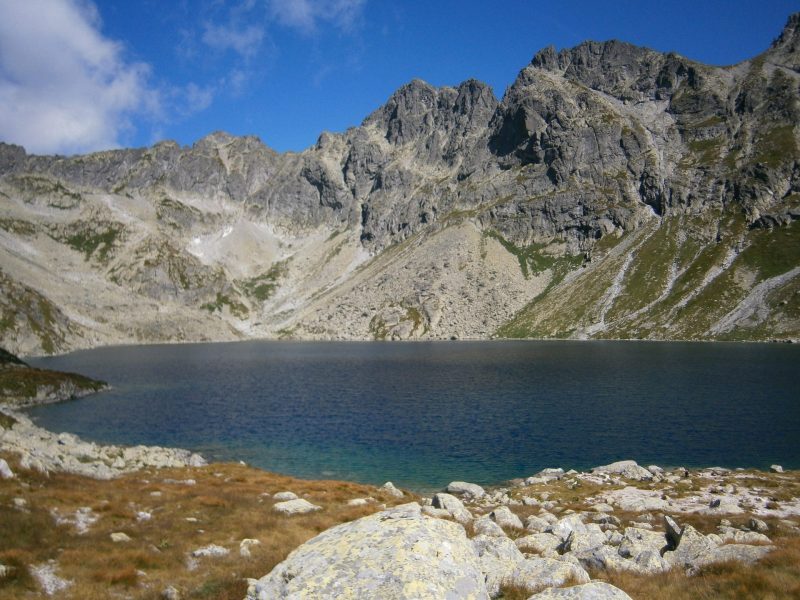 Veľké Hincovo tarn is the biggest and the deepest tarn on slovakian side of the High Tatras . Maximum depth of the tarn is  53 meters. The surface of the tarn is frozen aproximately  270 days per year. It is situated in  Mengusovska valley, at a altitude 1944,8 meters above sea level. You can get […]

The name of the peak comes from the valley Kôprová dolina, which was named by a little plant ligusticum mutellina. There is a comfortable trail that leads from the saddleback Vyšné Kôprovské sedlo all the way to the peak. The usual starting points are either Štrbské pleso or Popradské pleso. From the saddle we can […]

Mengusovská dolina is 8 km long branched valley, abundantly visited by tourists. Its streams create river Poprad. Shorter trails head from Štrbské Pleso (red-marked trail ) or from train stop Popradské Pleso (blue-marked trail ) to the centre of the valley to Popradské pleso and to Symbolic cemetery (memory of the deceased in the High […]