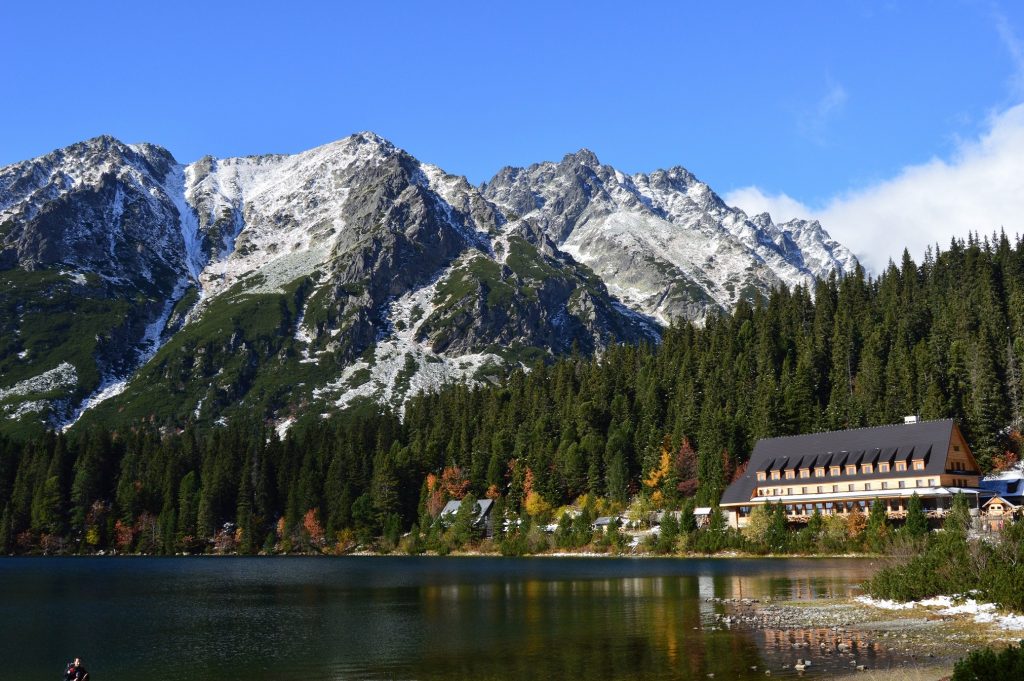 Through forest between Pleso (village) and pleso (tarn) – this could be the name of the almost 4km long trail which crosses through the mountain ridge Trigan. It’s possible to pass it in an hour and a half. Throughout the 14 stops, the tourist will learn that the region doesn’t consist only from trees but also flora and fauna that lives there. Equally interesting is the information concerning the origin of the Tatras, their geology and soil structure, the description of wood species and their target representation close to a natural forest. The trail starts in Štrbské Pleso. The information board with signposts is behind the crossroads with the well-known arch towards the sports complex Park Snow. The well-known red trail ( ) will take you to Popradské pleso. The trail is also open during the winter season (in case of snow, tourists are diverted to the winter route ).

The Symbolic Cemetery (1525 m) is an important Tatra memorial site near the tarn Popradské pleso under the western walls of Ostrva. The memorial cemetery is intended primarily to commemorate those who died in the High Tatras or the exceptional people from the Tatras, who lost their lives in the world’s mountains. You’ll find here […]