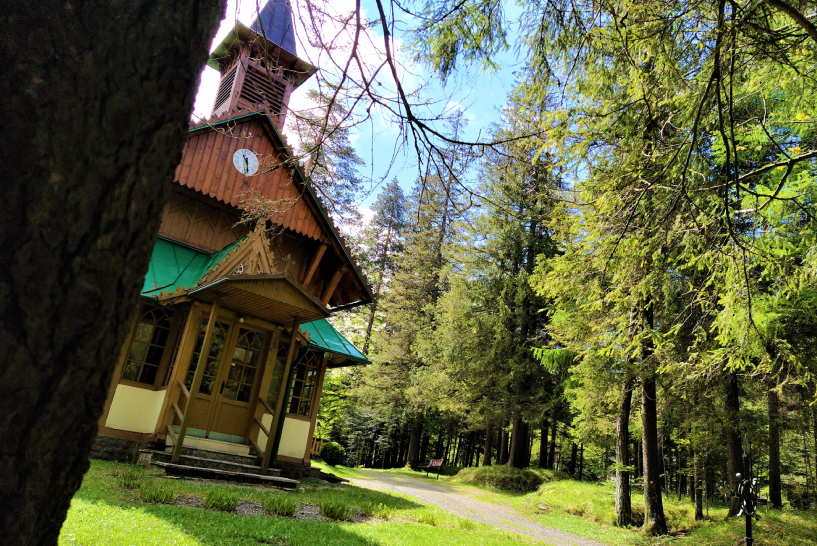 The church is one of the most ornate Tatra wooden churches and is located in Tatranská Kotlina at the foot of the Belianske Tatras. It was built in the 19th century in the neo-Gothic style. It is characterized by a half-timbered structure and typical Tatra motifs, such as the flower edelweiss, which can be found above the entrance to the church and on the altar. The church is dedicated to the Assumption of Mary and is administered by the Roman Catholic Church. 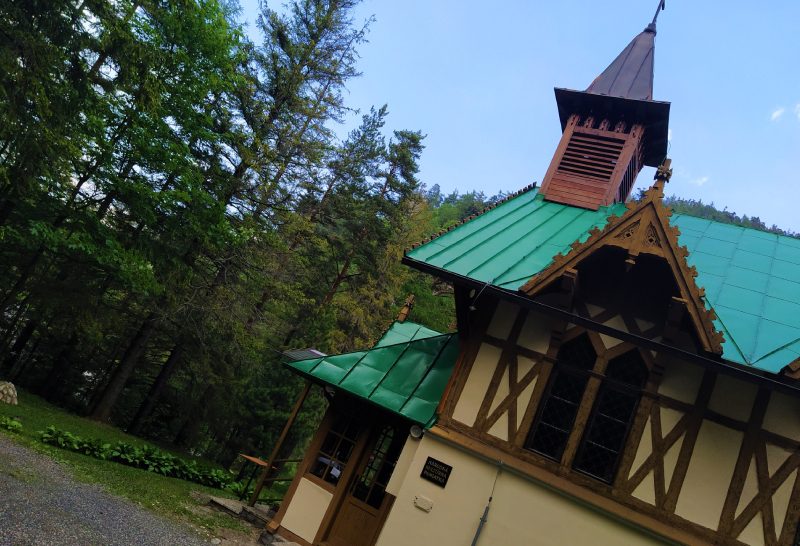 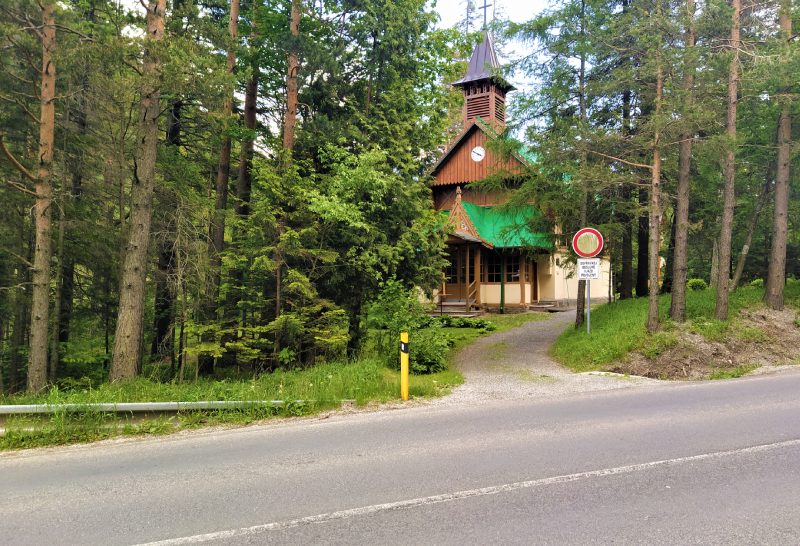 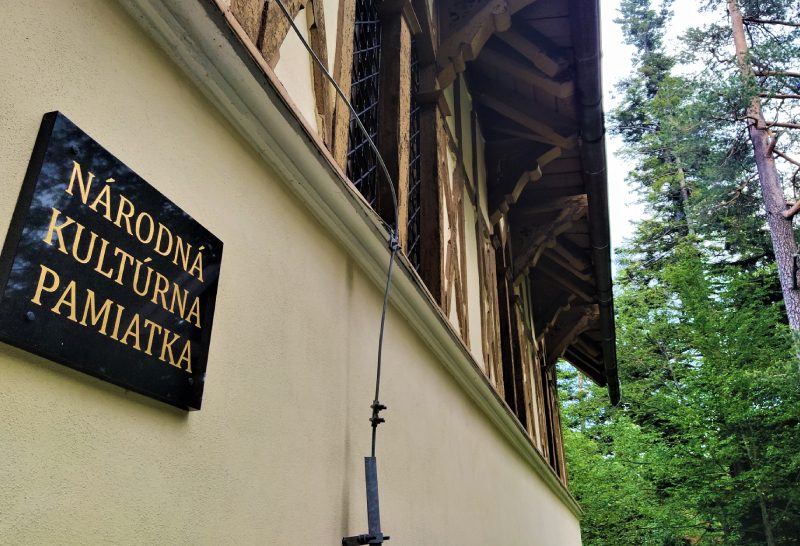