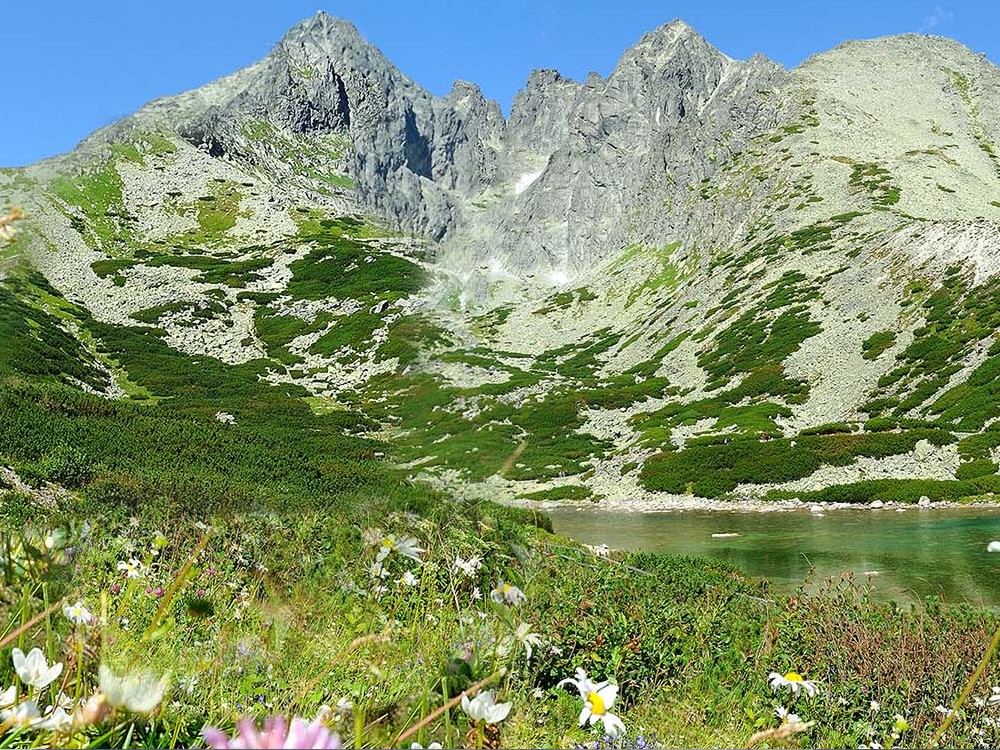 Skalnaté pleso lies at an altitude of 1751 m. Originally called Lomnické pleso, it is situated in the valley Skalnatá dolina below the southern cliffs of Lomnický štít. According to measurements from 1935 it has 0,46 ha with dimensions of 119 x 58 meters, but according to measurements from 1963 it has 1,24 ha with dimensions of 212 x 85 meters. Various publications state that the depth of the tarn is from 1.9 to 4.5 meters. Especially during spring (due to melting snow) and summer (period rich in atmospheric precipitation) it’s filled with water, which sometimes even flows over the dam, which was built in 1937. It was supposed to raise the surface of the tarn, which during the dry summer and autumn periods almost dries out. In 1957 they made unsuccessful attempts to seal the permeable lake bottom. Climatic factors, but mostly the disruption of the banks by human intervention, especially by construction of nearby buildings, caused the gradual disappearing of the tarn. The tarn was also disrupted by the explosions during construction works near it, mostly during the construction of the cable car to Lomnický štít. Another hope for sealing the “leaky” bottom of the tarn were exploratory measurements carried out by hydrologists in 2004.

Skalnaté pleso is accessible by cable car from Tatranská Lomnica or by foot either from Hrebienok through Zamkovského chata by red trail or from Chata pri Zelenom plese through Veľká Svišťovka also by red trail.

All day unchallenging hike with gentle incline. We start in Tatranská Lomnica in the cable car area. We go around the cable car station to Štart from the left side and continue on blue trail to an irrigation tank. We don’t have to be afraid to get off or miss the trail because the route […]