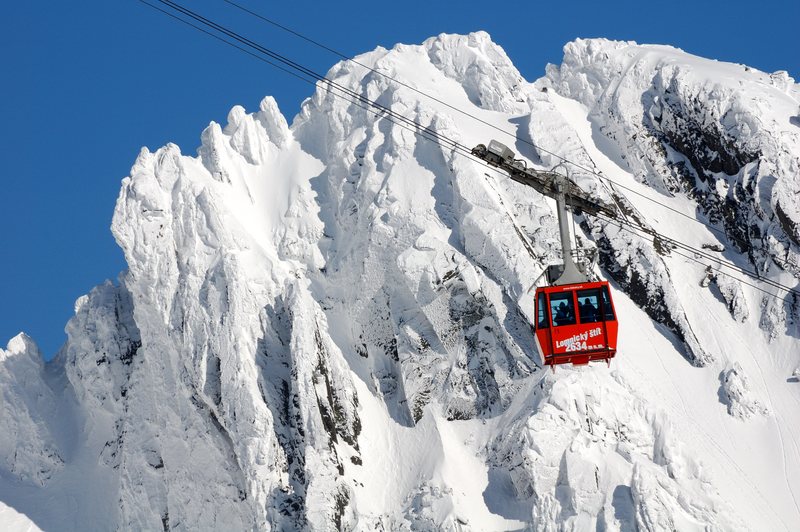 The second highest peak of the High Tatras, which is accessible by cable car from Tatranská Lomnica or from the cable car station Skalnaté Pleso. According to the quitcalm deed from 1209, Lomnický štít was a part of extensive lands, which the Hungarian king Ondrej II. donated to the first known ancestors of the great Berzeviczy family. The stylized form of the peak with a chamois on the ridge has also become the central motif of their aristocratic coat of arms. Students from Kežmarok climbed the Kežmarský peak from the beginning of the 17th century. The Lomnický peak remained intact. The first historically documented ascent was made from Malá Studená dolina on August 17, 1793 with two chamois hunters from Stará Lesná by the English traveler Robert Townson, who a few days before had stood at the top of Jahňací štít.

There is an Observatory on Lomnický štít, which today serves the Hydrometeorological Institute, and since 1962 there has also been a Physical-Astronomical Observatory of the Slovak Academy of Sciences on the peak. Lomnický štít is the highest place inhabited by employees on duty in Slovakia. Since 1957, the post office has also been on Lomnický štít for several years. Today, letter shipments with its delivery stamp have considerable collector’s value. The buffet in the station building was rebuilt in 2006 into the Dedo café. Apartments have been added and in case of emergency situations (cable car closures due to sudden bad weather or technical reasons) there are emergency rooms in the building for a longer stay of 45 people. Since 2008, the program of peak visitors has been enriched by a tour of the botanical garden, in which all the plants are in their original habitats, and information boards have been added. The botanist Libuše Paclová (1928) was responsible for the creation of the garden. In her research work since 1953, she has systematically focused on the floristics of the Tatra National Park area, with regard to the highest vegetation stages. She processed in detail the vegetation conditions on the Tatra peaks in locations above 2600 m.