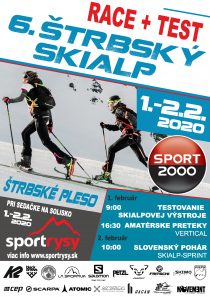 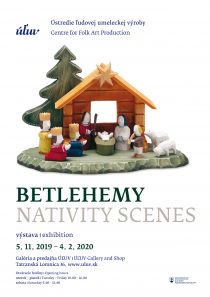 Explore more about High Tatras – present or past in museums. Suitable for kids as well.

Sorry, this entry is only available in Slovak.

Visitors can see the way how Tatra mountain was explored, display of Tatra animals and flora. Museum has also ethnographic, historical and section of national park. Winter offer: Movie about the Tatra marmots. See more on www.lesytanap.sk

SKI MUSEUM in Tatranska Lomnica has history of skiing in Tatra mountain since first visitors came to Tatras till year 1945. You can find 19 tables with an historical texts about winter sports such as skiing, ice skating, curling, climbing or bob sleigh in High Tatras.

The idea of the carrier museum is to record the trace of the largest number of still active but also legendary carriers in the Tatra valleys, to describe their activities, possibly fates.

Museum of Tatra cinematography and photography in Starý Smokovec

A year-round exposition of the museum presents life, atmosphere and changes of High Tatras captured by lenses of cameras as well as works of people who have been attracted by the media of a film and photography since 1870. In addition to the changes of Tatras, this exposition offers a presentation of development of photo […]

If you visit the Pedal Planet exhibition in Nova Polianka in the High Tatras, you will join the exclusive world of one of the largest pedal car collections in Europe. This new and unique project opened its doors on the 1st of June 2019. You can find it in the Galéria Tatry located in Nova […]

Podtatranské Museum in Poprad is one of the oldest museums in Slovakia. It is located in a building built in 1886, in a pseudo-Renaissance style and will answer many questions about the history of the Tatras region. The museum was founded by the Hungarian Carpathian Association in 1876.

Hunting lodge Hohenlohe is a national cultural sight which served mainly for the representational purposes of the highest constitutional officials. The president of SR, Andrej Kiska, decided to open in for public on the 10th of December 2015. Address of the lodge: Tatranská Javorina 28, GPS 49.274318, 20.141086 Opening hours: all year-round every Thursday, entrances […]

Kežmarok Castle belongs to the type of the city castles that were built inside the cities as their fortification strongholds. Also the original Gothic building of Kežmarok Castle, which originated due to the Zápoľský family, looked in this way. In order to attach the castle building to the city fortification, the Zápoľský’s builders utilized part […]

The village was founded at the beginning of the 17-th century. It was a part of Lendacké county, later it was owned by Horváth-Palocsay. In 1787 it had 120 houses and 794 inhabitants. In 1828 it had 155 houses and 1118 inhabitants. Most of the population were farmers, shepherds, miners and since 19-th century they […]

The Red Monastery /Červený Kláštor/ wasinhabited by Cartesian and Camaldulsian monks in two phases. Between 1320 – 1563 it was a Cartesian monastery (founded by St. Bruno in 1084).     The very first Cartesian monastery in Slovakia was built at Kláštorisko in the Slovak Paradise (close to the Letanovce village) in 1305. Later in 1320, […]

Museum of J. M. Petzval in Spišská Belá is one of expositions of Slovak technical museum out of Košice, which as the only one in Slovakia focuses on the history of science and technique in this area. The exposition presents development of photographic and cinematographic techniques with the life and family background of J. M. […]

Museum of folk culture in Lendak

Museum of folk culture in Lendak was established in 2003. Lendak is a village in which folk traditions have lasted up to the present day. The folk costumes have been worn and the citizens know and speak the original Goral dialect. Visitors will get to know the way of life of the local ancestors, in […]

Exposition of town residential culture of region Spiš is accessible to the public in a town house on the Main square 55. This unique exposition in the area of Slovakia presents artistic and craft exhibits from the 17th century, although to its main attractions belong parts from a town residential interior of the 19th century. […]