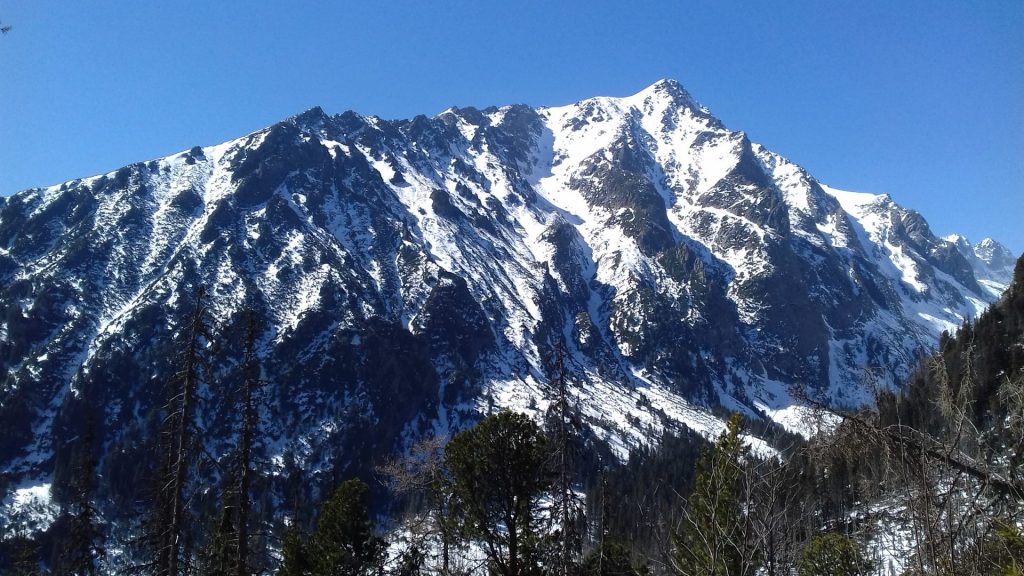 Slavkovský štít is popular among the tourists and it’s situated at the end of the south-eastern crotch which joins the Východná Vysoká peak. The northern slope of the Slavkovský štít is characteristic with a large number of very steep ravines falling down to the Veľká Studená dolina. The southern slope is full of scree material. The slopes of the Slavkovský štít were favourite among chamois hunters. In 1664 a group of 12 members lead by Juraj Buchholtz sr. (at that time the best guide in the High Tatras) managed the first documented tourist ascent to the top through the eastern ridge. A hunter that accompanied them had already known the path. Since the 19th century it has been more usual to ascend from the valley Slavkovská dolina. The first hiking trail from Hrebienok was built in 1881 and repaired at the beginning of the 20th century. At that time a stone obelisk with a relief was built at Slavkovská vyhliadka in honor of the tourist worker Maximilián Weisz who was responsible for the construction of the road. The monument fell apart during World War II.

A long strenuous all-day hike without the possibility of refreshment, by many tourists referred to as endless :-). We start from Starý Smokovec following the blue trail next to the funicular station up until a junction Rázcestie pod Slavkovským štítom 1h:10min. From here we continue by slowly ascending to Slavkovská vyhliadka where we can rest […]