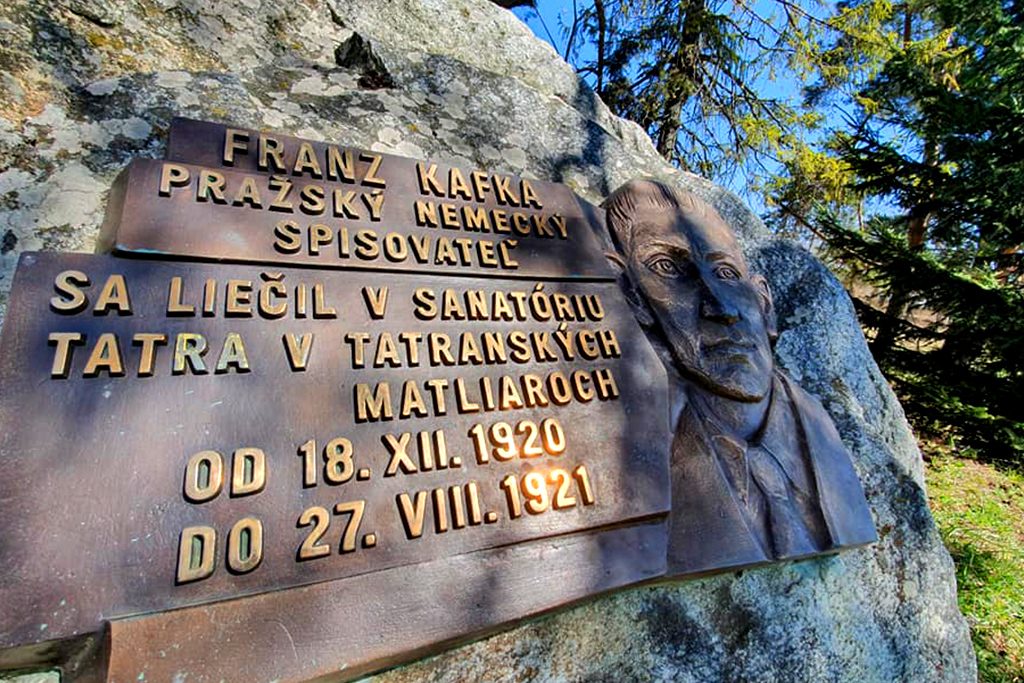 In 1909, tourism began to come to life in Tatranské Matliare. Many well-known personalities were treated in the spa. From December 1920 to August 1921, the writer Franz Kafka was also treated for pulmonary tuberculosis in the settlement. He lived in the Vila Tatra. In his memory on August 16, 2001, a memorial plaque with his portrait was unveiled here.
He was a Czech writer of Jewish descent who worked in German and was one of the most important novelists in world literature of the 20th century. Kafka’s close friend Max Brod contributed greatly to the expansion of his work. He published three fragments of the novels as the administrator of his legacy, despite instructions from the will to destroy these texts. 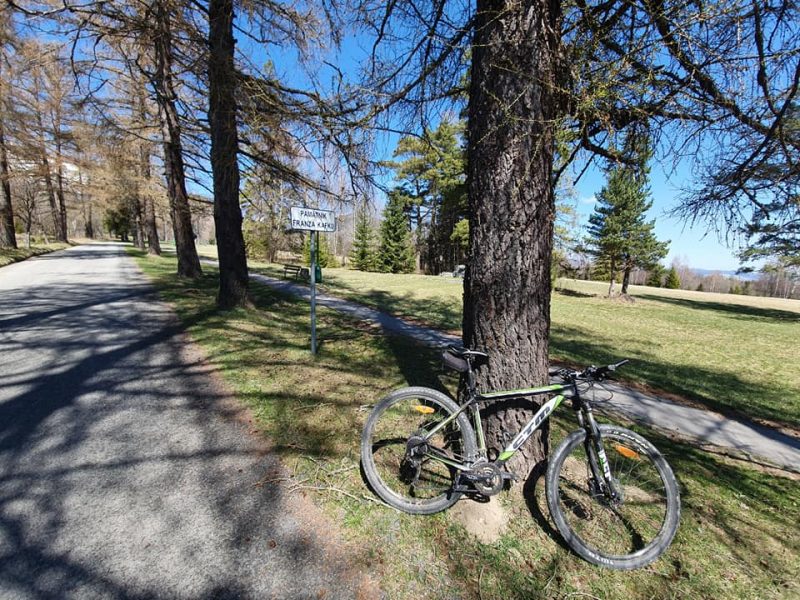 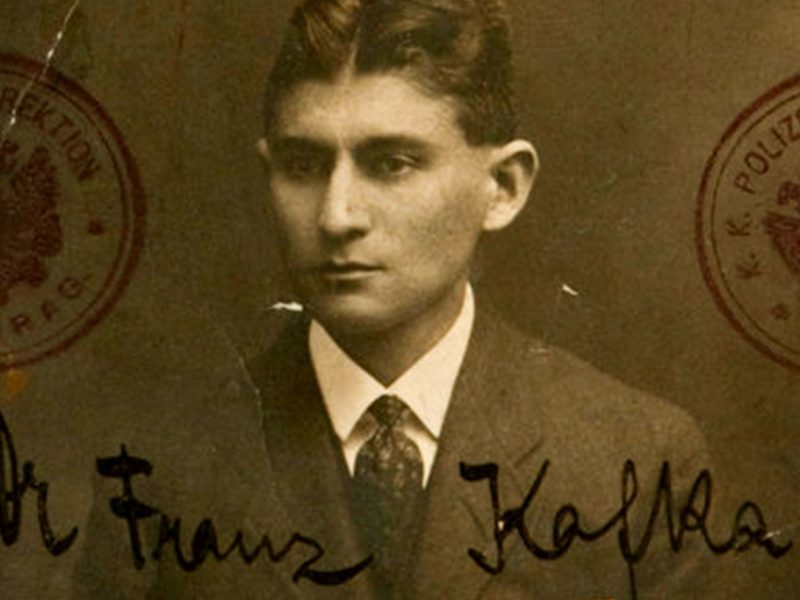 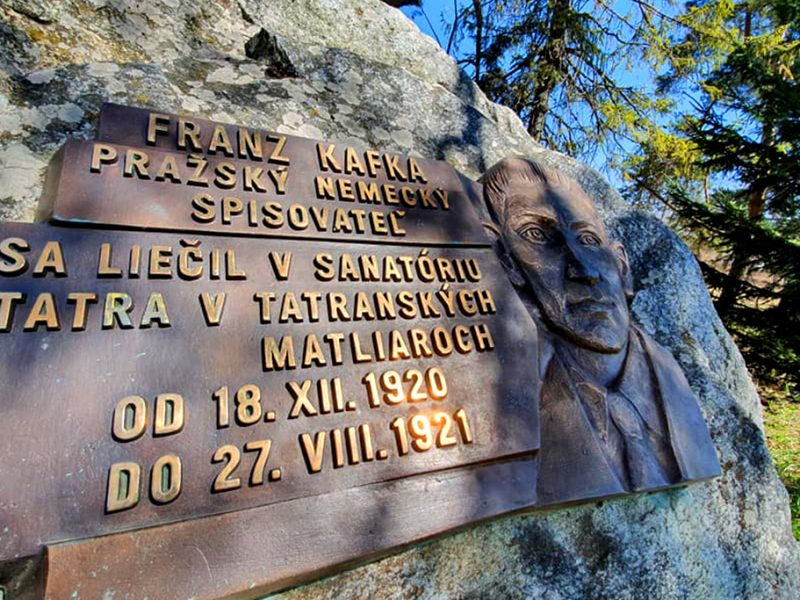