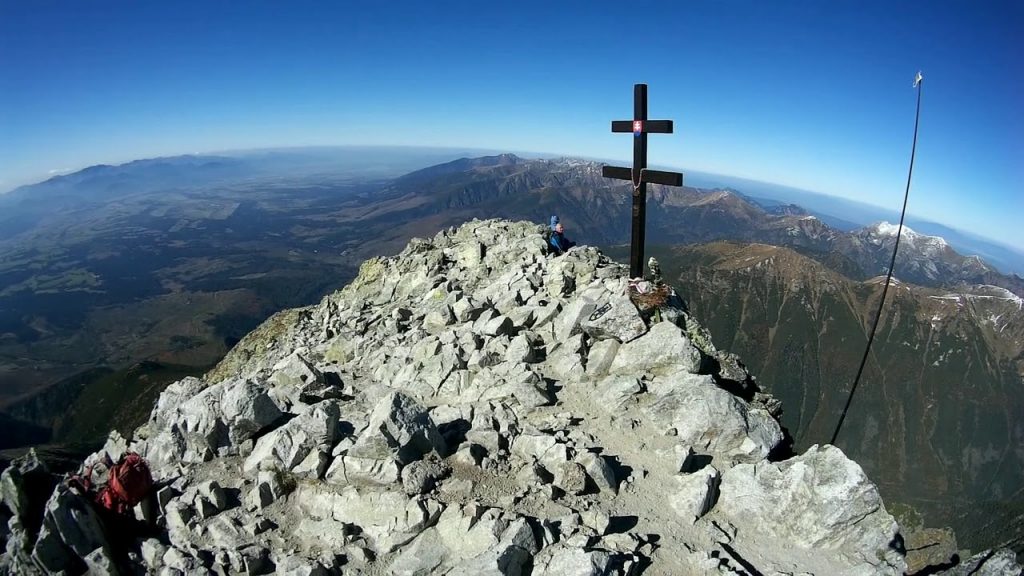 According to a legend, Kriváň is bent because once an angel flew over it, accidentally stumbled upon it and bent it which only enhanced its beauty. There is Cyril-Methodius cross at the top. His motif has already inspired many poets, painters and photographers, he also belongs to the jewel of the Liptov folklore. Since 2009, you can find it on the “national sides” of three cent coins of the Slovak euro currency.

The starting point of the hike to Kriváň is either from Štrbské Pleso along the red marked trail (1 h) to Rázcestie Jamské pleso and from there along the blue marked trail (3 h to the top). From the parking lot at the former Chalet of Capt. Raša, Tri studničky, you can get to the top by following the green trail and from Krivánsky žľab following the blue trail in 3,50 hours. The hike is not technically demanding but it‘s relatively long and strenuous.

Ascent to Kriváň from Štrbské Pleso

Challenging all-day hike for tourists in good physical shape without the possibility of refreshment on the way. We start from Štrbské pleso and are heading to Jamské pleso -1h:10min. () following a comfortable forest path with minimal ascent up until we reach the trail junction Rázcestie pri Jamskom plese. We start our way up () […]